one last rant for the year

I think I just passed the Christmas hump.  Yesterday, Nikki and I shipped out 30 boxes of work to customers, literally all over the world. I think that was the biggest shipment of stuff I've ever done in one day.  It was very satisfying, and I was home by 5:30.  I immediately headed for the fridge, and drank down a beer, realizing as I was gulping that I never got around to eating lunch.  I'm the type of girl who doesn't mind beer on an empty stomach, so I kept drinking.

Then, I sat down at my computer, and I see I've got my "weekly Yelp updates" in the inbox.  A long time ago, someone yelped me after visiting my studio, and yes, yelped is a word.  It's an adverb.  It was a very nice review, but it encouraged a few other yelpers to yelp me too.  Again, always nice reviews, but there is something about getting yelped that makes me slightly uncomfortable.  Generally, I don't know who these people are, and it makes me feel weird that I'm having what I think is an innocuous interaction with someone, while they are mentally evaluating me so they can go home and review me.  Yeah, I know they are reviewing my work, but make no mistake, my work is me, so I end up feeling strangely exposed and defenseless.

So, Yelp emails me once a week with updates and stuff, and I always delete it because I don't care about Yelp.  But last night, for reasons I wish I could take back, I click on it, and I realize my 5-star rating is now 4 1/2stars.  How did that happen?  Notice, I just said I don't care about Yelp, but now I'm all bothered about my star rating.  There are not many places in the world where I am publicly rated with 5 stars, and frankly, if I have 5 stars somewhere, I want to keep it that way.  So, half drunk and now curious-- bad combo, we all know this-- I go and check out my yelp reviews, and sure enough, some... person gave me a 3-star rating:


"Adorable stuff. Unique and really nice muted colors.  But really.  $70 for a single cupcake stand?  I could buy a year's worth of cupcakes for that price."
Oh, snark!  I am immediately engulfed in a mix of emotions, none of which resemble the happiness and contented feeling of accomplishment I was just basking in.  Apparently, it's okay to spend $70 on a year's worth of cupcakes, but not on a piece of handmade pottery which will last for many years.   I wish someone had sent me that memo when I decided to dedicate my career to making pottery.

Adding to my indignation is the fact my star rating was knocked down by someone who calls my work "stuff."  And doesn't know the difference between a cake stand and a cupcake stand, a hanging offense in my teeny-tiny bubble of a world.  Because I assure you, my cupcake stands are not $70.  My cake stands start at $70.  And if my cupcake stands were $70, they would be totally more rocking and  amazing than they already are, and worth every fucking penny.

Speaking of worth every fucking penny, I will be shilling my "stuff" at the Holiday Renegade this weekend.  I have no idea where my booth is because I've been to busy to open that email, but I will be there.  And if you come up to me and say, "You're worth every fucking penny" I will give you a 10% discount on cupcake stands.  And if you are too shy to say "fuck" you can say "damn" or "freaking" or even "pretty." 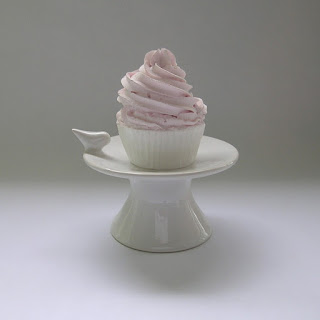 written by Whitney Smith at 9:06 AM

Email ThisBlogThis!Share to TwitterShare to FacebookShare to Pinterest
Labels: annoying people, rants, self-promotion, stuff that keeps me up at night