I haven’t been in the studio much since Palo Alto in mid-July. Every once I a while I’ll run in and bust out a round of orders, and then I turn around and run back out again. I’ve had a lot of people visiting from out of town and I don’t want to squeeze their visits in around my studio hours, I’ve been devoting my time to them, and to myself. Right now I’m in Tahoe again with my pal Terrill, who is visiting from Maine.

There’s that little voice, telling you what to do and trying to make you feel guilty for not being better than you are. I’m waiting for that little voice right now telling me I need to get back to work and I have no right to relax so much when Christmas is around the corner, but I just don’t hear it. Maybe it’s because I feel perfectly entitled to take off right now, and I’m not putting up with any lies and bullshit from that little voice.

I helped Terrill with the ACC show in San Francisco over the weekend, helping her sell her beautiful glass, and it seemed terribly slow for a lot of people. Everyone keeps moaning about the economy going into the crapper, for real this time. Whether or not that’s true-- and I don’t bother myself with worrying about it either way—I wonder if an economic slowdown has to be the worst thing in the world. Maybe it will give everyone a lot more time to just be with themselves, friends, family, and pursue other goals in life.

Being completely out of work is stressful, and I know most people can’t enjoy being unemployed. But perhaps being underemployed for a while is not so bad. I know I can get by with less stuff, spending less on useless things. By the way, pottery does not qualify as a useless thing. I hate for people to be suffering if they are being laid off or their paychecks cut. At the same time, with the amount of excess many of us live with, I feel like I might be in the mood to cut a few things right down to the bone. 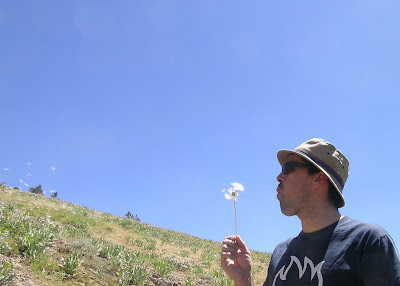 written by Whitney Smith at 1:42 PM 3 comments: Links to this post