I remember the days when online art-based markets were still starting up, and how exciting it was for me to find sites who wanted to represent my work. That was well over a decade ago, and the options were not nearly what they are today. Now, I get showered with emails from people launching online boutiques featuring handmade work who want to sell my work on their site. To be clear, I'm talking about sites that want me to drop ship single items for them when an order comes in, not buy wholesale from me and then sell on their site. It made me think about why I say "yes" to some people and "no" to most. Here are three things all artists should carefully evaluate before committing to any online market:
You may wonder why careful vetting is important when you just want exposure and get your work out there. No matter where you are in your career, it pays to be choosy. Every single e-commerce site you sign up with takes precious energy. You have to send in current images and keep them updated, you have to check on the site to see how it's doing and keep track of communication, you often have to keep marketing materials that go with each order, and all of this takes up vital RAM space in your brain. If the site is successful and brings you sales, great, it's energy well spent. If the site brings you no sales, it's a drain on your valuable resources, resources that could be spent marketing your work on your own site.
written by Whitney Smith at 7:32 AM 9 comments: Links to this post

baby, it's dark inside

I've been back in the studio after taking the month of January off. Friends keep asking me what I did in January and I'm like, "That's a good question. I have no idea." Aside from some pretty papercut projects and a clean studio, there is little evidence that I did anything. I went sailing, which is what this image on the left is. And 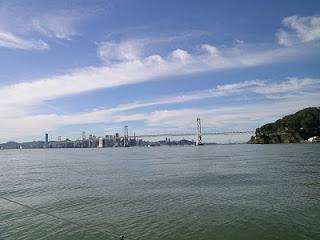 should I have done anything beside just enjoying life? When one lives in a culture where time is considered money, laying around for a month could be considered an act of subversion, unless of course you are actively engaged in a vacation. That's okay. It's actually amazing how a whole day can be taken up with going to the gym in the morning, then having lunch with a friend in the afternoon. Poof, day is gone. The fact that I can use up a whole day with two activities like that is what tells me that I was actually born for a life of leisure.

Speaking of leisure, one thing that did happen is I bought a king-sized bed. My husband and I have been sleeping on a full for almost 15 years, and every time we stay at a hotel, I realize exactly how much space I'm missing out on at night. After much hemming and hawing, research, and procrastinating-- king size beds are expensive-- the bed was installed on our craigslist king frame. The only bed I've ever bought before in my life was a futon, about 22 years ago, which was cheap. Very cheap. In Oakland, and I'm sure in every city across the country, there are always futons up for grabs on the sidewalks. And in other places where you don't expect to find futons, like the park, floating in the lake, and by the side of the freeway, where I can only imagine they sailed from the back of some schmo's truck. Not that I would ever put claim on a street futon, I'm just saying that you can. They are everywhere.

The bed is ridiculously large, and to clothe it, I had to literally buy acres of sheets. The bed is so huge and takes up so much of our room that it is a little silly, and there is part of me that's asking why anyone needs a bed so large that a family of four could live on it. Comfortably. But when I get into it at night I stop asking those questions. I had a hard time sleeping on it at first because I'm used being right up against another body all night, and now it's like I'm adrift on a sea of bed, and I would wake up not knowing where the hell I was. Or where Andrew was. But like a lady of leisure who gets used to doing nothing all day, I'm now sleeping just fine.

Except for the other night, when I woke up at 3 am with the thought that I had totally forgotten an order, a special order in a special color that was to be a V-Day gift for someone. With that thought comes a surge of adrenaline, not a good thing at 3 am. The adrenaline gave me enough energy to start thinking about every other little thing I might be forgetting, and how screwed up it is that I'm forgetting orders at all. Which led me into thoughts about the way things should be instead of the way they are, and how the way things are is whittling me down to a business-minded craftsperson instead of an artist. Oh yeah, it got dark. By 4 am I was tossing and turning on my luxurious bed, convinced that any life was better than the one I had. By the time I fell asleep again around 5, I had dreams that I was running my studio out of my grandmother's bedroom... man, I don't even want to get into it, but I was a complete wreck by the time I woke up. I jumped up to check on that order, and as it turned out, not only had I already made that piece, I shipped it out back in December. You may think that would make me feel better, but I just questioned my sanity even more, and wondered exactly how much longer I would need to work before I can take another month off.
written by Whitney Smith at 7:38 AM 12 comments: Links to this post

Email ThisBlogThis!Share to TwitterShare to FacebookShare to Pinterest
Labels: stuff that keeps me up at night
Newer Posts Older Posts Home
Subscribe to: Posts (Atom)