I'm posting pictures of some of my new paintings on the blog today. Here they are: 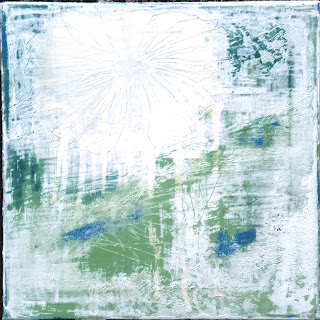 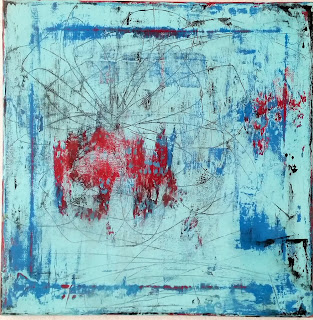 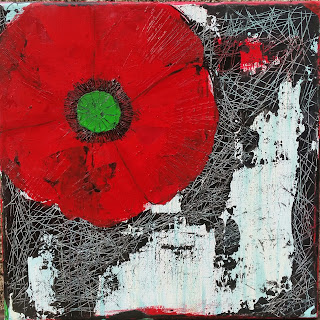 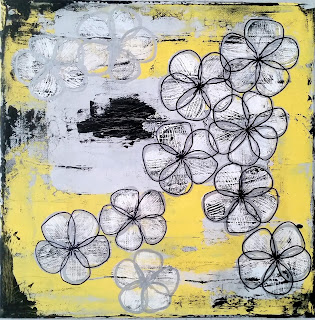 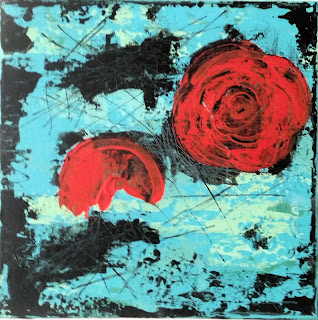 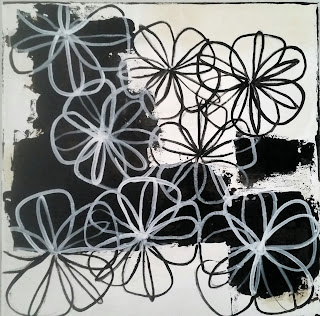 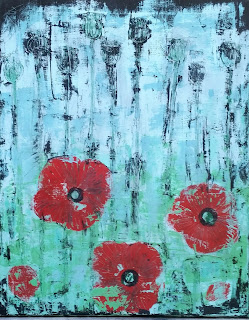 Sharing art work can be weird. Last weekend, when I had a party and sale at my studio, I put all the paintings I've been doing on the wall.  I didn't put prices on them because I told myself that I just wanted to show them. But the truth is I didn't want to put prices on them because I was afraid if I did that, people would feel sorry for me because obviously the paintings are awful and it's just a little pathetic that I actually thought I could sell them. 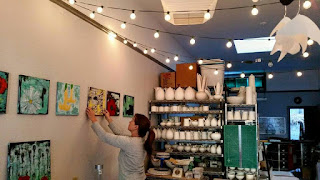 I don't think the paintings are awful and I like them quite a bit, actually. And I had fun making them which was the most important thing to me while I was creating them. And it's not like I lack confidence. It's just that showing your art is weird and it puts you in a vulnerable spot, and I was doing my best to dodge that.

As it turns out, people did want to buy them, and I wasn't prepared with a price. It was awkward, and people had to come back later after I made up my mind. Note to self: don't do that again, unless you truly have no intention of selling something. It's annoying to everyone concerned.

I'm a firm believer in not sharing work until you are ready. Showing work too soon can backfire if the work is still in some kind of process or you are not emotionally prepared yet. But I don't know where that line is between "not being ready" and "fear".

There are amazing artists out there who never show their work to anyone, ever. Part of me thinks there is a strange nobility in that, to just do the work for the sake of the work. But when it comes down to it, I have to change my mind about thinking it's noble. It's not noble. It's just fear. It's okay to have fear, but I don't think fear should be the decider about important things, like whether or not to share your work.

Sharing is part of the artistic process. I believe art is there to give something to humanity-- something to think about, a new idea, a connection, a moment of beauty, even a moment of transcendence. If the art isn't shown, it can't do its final job of changing people's hearts and minds. If your art is just for one person-- for yourself-- maybe there is a good reason for that. But I don't know what that would be.

Selling is another thing. I don't think art has to be sold, but there is something to be said for moving it along. I really like these paintings, but I can see that I will quickly be drowning under a pile of canvas if I don't find homes for these pieces. So, that being said, I will be posting paintings on my website within the next week or so, and I'll be announcing it through my newsletter and Facebook. You can also contact me if you are interested in any of them.
written by Whitney Smith at 9:48 AM No comments: Links to this post