An update is in order. I have been working on remodeling and reorganizing my studio, which is something I do about once a year since my space is pretty tight and every inch must be maximized to its fullest potential.

This time is a little different though. After using Rae's studio earlier this summer while she was in France, I saw how beautiful and inspiring her space is, and I was happy to just sit in there and read if I wasn't making anything that day. By contrast, walking into my own space made me feel constricted, antsy, and the very opposite of inspired. I think the opposite of inspired is depressed-- my studio made me feel depressed.

I looked around my studio with a critical eye, and realized that many of my storage, work, and display decisions were ones that I made years ago when I had very little money, and I was either using what was readily available for free, or spending as little as possible to make something work. What resulted was a mish mashy and ramshackle looking space-- a space where work could be done, no doubt, and had lots of character, but it no longer expressed my personal aesthetic or inspired me to sit and make some stuff. The first order of business has been to repaint the walls and ceiling. I painted the studio myself about 13 years ago, and while the light green walls were calming and lovely to look at, they also made blue things looks green, gray things look lavender, and so on. Plus, with my work, maybe it was just all a bit too much green. I actually hired someone to do the work last week, which meant piling everything in the studio in the middle of the room: This was quite humbling, because it just looked like a big pile of trash.

I've been piecing parts of the studio back together, which is another nightmare mess: 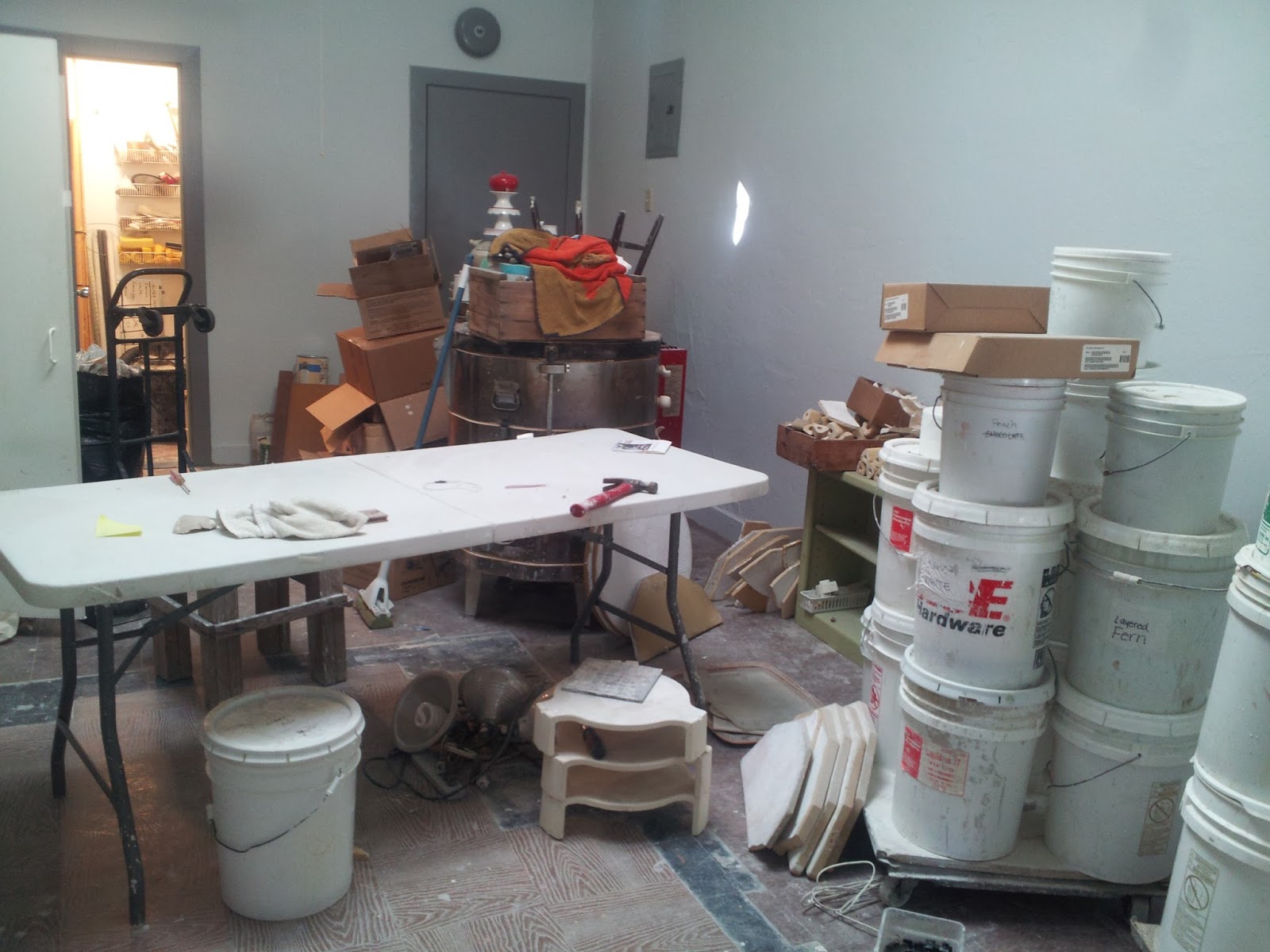 I've had to work very hard on keeping my head in the moment and not allow myself to be overwhelmed. Over the next few weeks I will be getting two new ware racks, building a glaze table, acquiring a new stainless steel work table, installing a dedicated workshop sink, and building new display units. No more half measures!
written by Whitney Smith at 8:47 AM 7 comments: