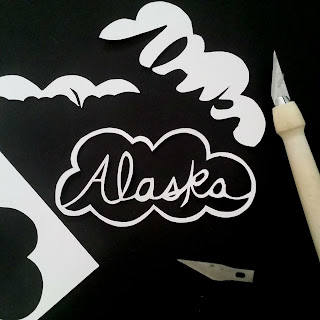 We live in a culture where it's very hard to ask for help. Maybe that's just a hard thing for people in general. I often wonder about why that is, since I personally like to be asked for help, and I also like to have the opportunity to help other people. Sometimes I wonder if I give off a helpy vibe because no matter where I am in the world, people ask me for directions.  But asking for help is a different thing, it makes you vulnerable. And I'm like most people in that regard-- I don't like asking for help. I don't like making myself vulnerable to strangers, and sometimes not even to the people and friends in my life by asking for help.

All of these thoughts have been coming up because I signed myself up for an expensive workshop in Alaska with one of my favorite papercut artists, Nikki McClure. I signed up knowing that it was a lot of money for me, especially when sales are still pretty slow. It's not like I don't have the money, but it undermines my cushion, the cushion that makes me feel safe in the world. I signed up anyway. I thought it was an opportunity for me to expand artistically and put myself in a learning environment, which I don't do very often. I also want to connect with artists outside of my field, just see what happens. I want a bigger world for myself.

I also went into thinking I could have a kickstarter-style fundraiser. It seemed like a good idea in the abstract, but once I started putting serious thought into it, every part of me started coming up with excuses on why I should not do that:

Up until the very second I added a (free) fundraising app to my website I was on the verge of calling it off. I would think, "I'm not doing this" I would feel a little rush of relief. But then I would think about the credit card bill with the workshop and plane ticket on it, the lessons I learned from the "Art of Asking" by Amanda Palmer, the many times I've sent money to a fundraiser and felt good about contributing, and I kept plowing ahead. But I'm still uncomfortable.

I'm working my way through the discomfort because I think that just like going to the workshop, the uneasiness is helping me learn something and possibly expanding me in an unexpected way. I don't want to be that person who shrinks away from asking for help, because there is something sad about that too. Also, annoying. People should ask for help when they need it and not scramble in silence and obscurity. So this blog post, which I thought about not writing, is now directing you to my website where I'm having my fundraiser, and I'm asking you to help send me to Alaska. You will get some good stuff back from me for your contribution, and every little bit helps. 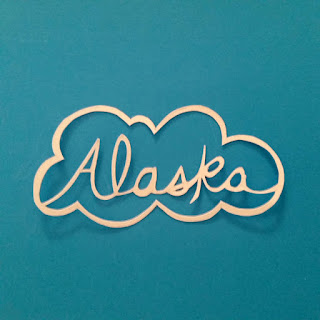