My mother asked me very casually the other day, "So, when are you going to start working with your new porcelain?" My mother had no idea that she just asked me the equivalent of, "So, when are you going to find Mr. Right and get married? Your eggs are getting old and no one is going to want you!" For the record, I already found Mr. Right and married him a long time ago, it's true that my eggs are getting old, and my mother has never, ever said anything to me about either, because she is a very good mother.

The pressure! For starters, I don't have a new porcelain yet. And like finding Mr. Right, you just can't go out and pick any old clay body, get into a kiln with it and hope things will work out.  I'm flirting with two porcelain clay bodies, getting to know them a little bit. One is called #550 porcelain. And no, that's not code, that's what it is really called. Not very romantic. Here is a test: 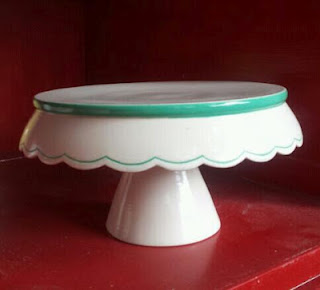 It was easy to throw and it did not crack or warp. If it were a guy I was dating, I would say he's pretty good-looking and has a job, but I don't know anything about his past relationships or if he has a sense of humor. I do know that this clay needs to be fired a lot higher than I usually fire to, and I'm not sure if I want to make the commitment to going to a whole new temperature.  That's like moving to a new city with a man I just met. So, a fun few dates, but I doubt it will really go anywhere.

The second clay body is supposed to be Laguna's answer to Limoges, called WC-617. Wow, what's up with these boring names? Again, easy to throw.  No obvious flaws right away. But I have a long-term relationship with many Laguna products, and they have a way of seducing you with their beauty and charm, and once you've fallen in love, showing you what a pain-in-the-ass they really are. So while I'm hopeful that this clay may be the one, I've also been burned many times by Laguna, so I am suspicious and gun-shy.

Then there are the obvious losers, like Frost porcelain. It is marvelously transparent and white, in other words, really hot and sexy.  But that's all it has going for it, it's basically a fast-talking hustler. Frost is a clay that doesn't want to be a clay, and every step of the way it tries to fuck you in a bad way: it's almost impossible to throw, it cracks when it's wet, when it's dry. and during the firing. And, it dries so fast that you can't control it. Into the scrap bucket with you Frost, I know better than to date someone who doesn't really want to be in a relationship!
written by Whitney Smith at 9:20 AM 14 comments: