When my husband and I first met fifteen years ago, we moved almost immediately to Hawaii for the summer to work and live together. Obviously, we didn’t know each 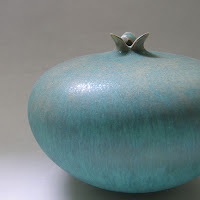 other very well, so it was like trial by fire. There were a lot of challenges those months as we negotiated the terms of our relationship while (mostly) residing in a tent and dealing with the realities of living and working on Maui. That summer, Andrew and I got addicted to chess. We were so addicted, that sometimes we would play a match before even getting out of bed. We had a little travel board, so whenever there was some downtime, we would pull the board out for a game. Andrew often won, because I was basically a reactionary player. Whenever he would threaten one of my pieces, I’d panic while trying to plot an escape, and often end up losing a piece. And then eventually the game.

I remember suddenly figuring out that when I was cornered, rather than escape being my first move, I needed to go on the offense. Threaten Andrew to keep him busy for a few moves so I could maneuver myself back to safety. Manipulative, yes, and highly effective tactic to start winning chess games against my brilliant then-boyfriend. It was a complete turnaround in my mindset. This is a great lesson when dealing with the problems of a production studio, or probably any problem in life. I’ve learned that my game plan for the week is basically like my plan at the beginning of a chess game to take Andrew’s king —it’s just a hope for a particular outcome. Attacks will come from all sides: stock will run short, things you were counting on to come out right won't, or you will get food poisoning and be in bed for 24 hours and lose a whole day of work, like what happened to me last Tuesday. You can squirm and howl as you try to stay on course, or you can just start walking in a new direction.

I was thinking about the chess thing a lot this past Wednesday as I tried to recover from losing a day in the studio when I really can’t afford it. One, the big Japan order sitting in my studio like a silent 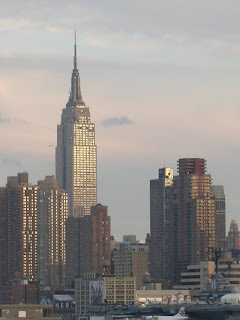 lumbering Tortoro. Two, I was about to take 5 days off to go to New York City. For fun. How can I take off like that when I have this big order looming? That’s just how I roll. Not really, but I love that expression and I never get to use it. Generally I don't roll; I wobble around, fall over, then spontaneously burst into flame. And Wednesday, I was combining that with convulsive jerky movements and shallow breathing. Then, I realized I was trying to do double the work in half the time, and even under the best of circumstances, that just never happens. I needed to change my mindset, re-strategize what I was trying to accomplish, go on the offense, and stop fucking scrambling. Turns out it was easy—I just needed to pay one of my helpers in for an extra day of work. As soon as I realized that I really didn't have to do it all by myself, the jerky movements stopped and I started breathing again. And then on Friday, I hopped on a plane to New York City.

written by Whitney Smith at 8:58 PM 5 comments: Links to this post