how to be alone 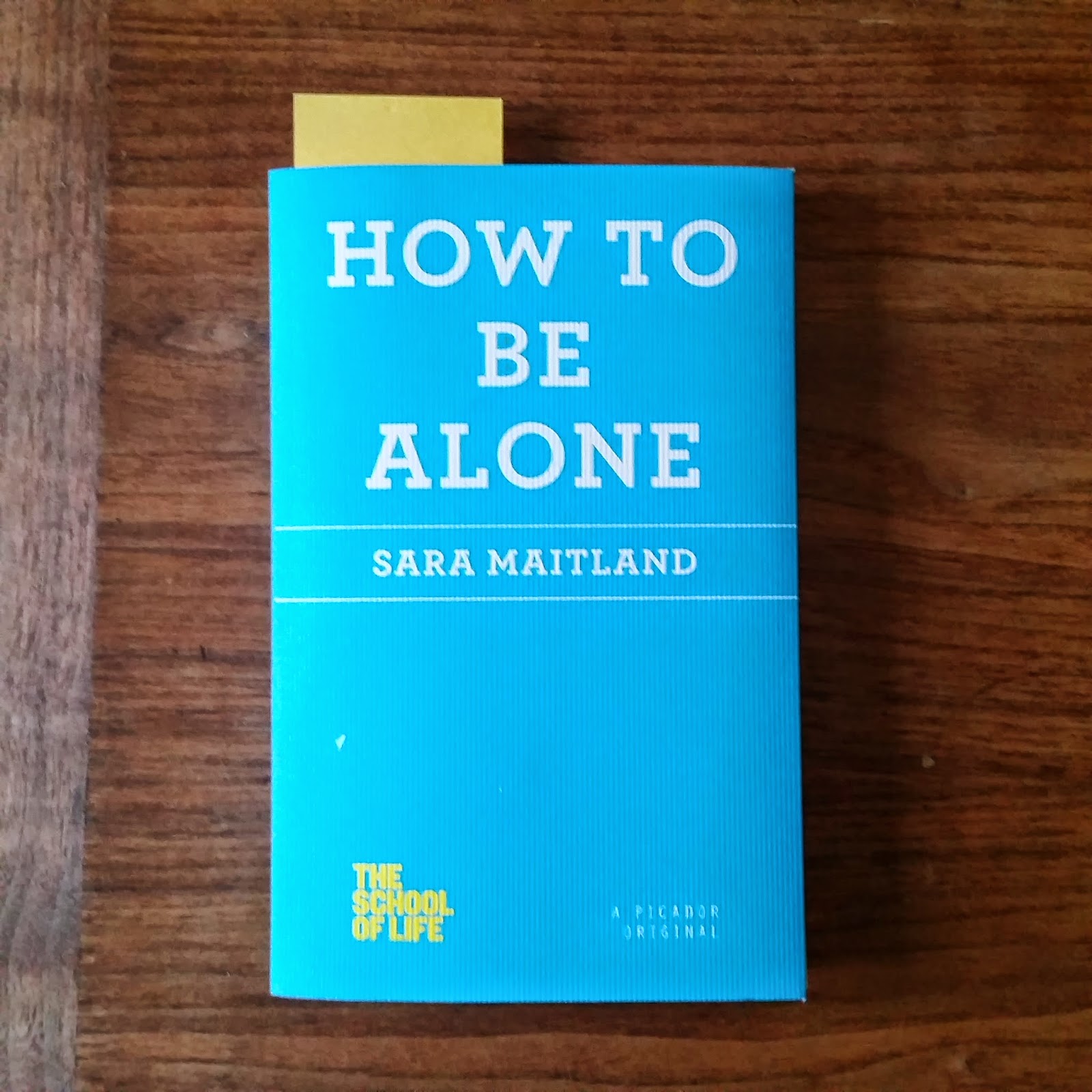 I'm reading this book right now called "How To Be Alone" by Sarah Maitland. I picked it up on a whim at the bookstore. It has a beautiful bright blue cover with white lettering, and they had it set up right next to the cash register. I loved that they had it right there, because the title is very provocative. How to be alone. Most people don't like to be alone, and I wondered how many interesting questions were raised in people's minds when they looked at that title. I had a feeling many people were put off or annoyed. I felt an immediate kinship with the book, and impulsively bought it.

Even though I have a partner, and we've been together for over 20 years-- which is ridiculous--and married for 13 of those years, I still think of myself as alone on some level. We all are, of course, ultimately alone, so maybe it's just that, or maybe it's something else. In any case,  that's how I view myself, as an lone independent person. I work by myself, all day every day, and I like it like that. When I do have an assistant, I'm grateful for the help but ultimately annoyed by the intrusion of someone else in my work space. I prefer to work in solitude.

Perhaps the biggest problem with spending so much time alone is what can go on inside my head. The usual tear-down shit of undermining questions, unsolicited critiques, current resentments. But I've gotten really bored with all that. Mostly because I've started questioning the veracity of knowledge the voice in my head really has about anything. Like, I've always thought that voice in my head is me, feeding me thoughts and information that I need, but that's wrong. The voice comes from my consciousness, but it is not necessarily concerned with truth. It's most concerned with just keeping my attention, making itself important, and it mostly does that by trying to freak me out.

But I also think that the voice in my head is a way of trying to entertain myself. And even though I like being alone, maybe I'm not comfortable with just being at peace with myself. It's too boring. No drama. So the storyteller starts up, and I get carried away into a different place. Daydreaming. I've been practicing catching myself at it and trying to bring myself back into the present moment, because it's actually not boring to just be at peace, I'm just not used to it.  Daydreaming is just kind of a bad habit, a habit I developed early on to cope with actual boring situations, like school. And since daydreaming is an expected characteristic of being artistic, I've never questioned the idea that daydreaming is maybe not so good. That being alone in a healthy way perhaps requires also being a part of the present moment, and not your own private one.

While writing this, I googled "how to be alone" and there were all kinds of interesting links. Check it out. And what about you? Where are you at when it comes to being alone?
written by Whitney Smith at 8:07 AM 10 comments: Links to this post