There is a zen axiom which basically says-- heavy paraphrase here-- do not regret what you did not do yesterday, do not imagine what you will neglect tomorrow. Do what you can right now by living in the present moment. Even if that means you screwed up yesterday and probably will again tomorrow. Do what you know is good for you right now, because now is all that matters. This is a great phrase to keep in mind as you attempt to overcome yourself.

My life has been deeply affected by some events in the past two years, and I have not written about them on this blog. Then, more stuff happened, and because I did not write about previous events, I continued the pattern of not writing about the newer events. Then even heavier stuff happened, and I felt mute. How could I write about this, but not write about these other things that happened? I didn't know where to draw the line, and I clusterfucked myself out of writing anything.

That's part of the reason I have not been writing much on my blog for the past couple of years.

And this has made me a little crazy, not writing on my blog. I love writing my blog, and I have felt a sense of failure as I have continued to neglect it. A few people-- well, one-- told me it's okay I don't post on my blog because no one reads blogs anymore.  I don't even care. If only one person read my blog (my mom) I would still write it. So, right now I am just going to write about this, and no regrets about the other shit I haven't written about. Yet. 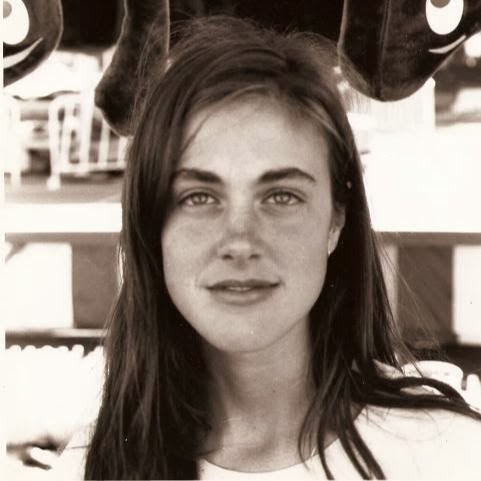 This is my friend, Kaeti, who killed herself about 6 weeks ago.  It's an old picture of her, from when she was maybe in her late teens or early 20's. This picture breaks my heart, because it captures so much of who she was: beautiful, sensitive, vulnerable. She was also a brawling, ass kicking extrovert, which this image captures quite well: 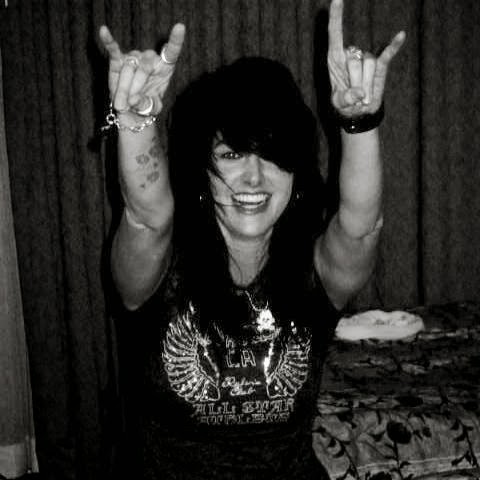 Kaeti and I met when I was 19 and she was 20. We met because we both have connections to Delaware, which is a rare thing in California. We did not become friends immediately because I am naturally wary of people who try to be my friend, and Kaeti wanted to be friends. I like to pick my friends and resist being picked. It's weird, but there you go. Also, she was so beautiful I found it annoying. I was still overcoming my adolescent insecurities. A few months later, we ran into each other again in a random setting, and somehow this immediately cemented our friendship.

At the time, we were both recovering deadheads, and she had an inch thick dread on top of her head, with beads and string and maybe even a feather sticking out of it. I met a lot of girls who looked like her on tour with the Grateful Dead in the 80's and had a certain expectation of what she would be like: Smart, a little lost. Like me. So when she whipped out this deep, timeless, melodic singing voice out of her little hippie front, I about fell over. It was comically incongruous, this voice, defying all of my expectations in a moment. It was like seeing the depth and breadth of her all at once, through her astonishing voice. I realized immediately I had totally underestimated her. Little did I know then that she would sing at my wedding 13 years later, and everyone would cry. Listen to some of her music, these are a few of her songs from an album she made. This one is my favorite. This one is my second favorite.

I cannot go through my old pictures right now to find the ones of us together. Or look for the picture of her floating in a hot tub, tucked into a lifesaver float, smoking a cigarette, stark naked, hours after she sang at our wedding. I wanted to bring them to her memorial service on the east coast last weekend, but I could not bring myself to do it. It was like trying to lead myself into a fire. I also cannot bring myself to look up our last email correspondence from about 2 years ago, where she asked if she could call me, and I did not answer.

I wish that I did answer, and that she did call, because in my fantasy, this would somehow save her.

I don't let go of friends easily. With Kaeti it took some work. A crazy fight, a few misunderstandings,  a difficult move back to the east coast (hers), tenuous and brief get togethers thereafter. We did not have a falling out about any one of these things, but those are the reasons that I told myself that it was okay to let the friendship go. And when Kaeti let me go too, I did not get on her ass and ask her why. Our friendship had run its course, is what I told myself. And maybe it did. I don't know. All I know is that the moment I understood she was dead was like a kick to the head and heart at the same time, which fucking hurts.

The fact that she committed suicide puts a spin on events that is difficult for me to comprehend. Knowing her as I did, I know she suffered from depression and a sense of unworthiness which she cleverly disguised with her intelligence and unique brand of irreverent bravado. As we got older, it seemed security and stability continued to elude her as she pursued her music in tandem with nanny and waitress jobs. I always felt that a solid music career belonged to her, but I have no insight into this world, just my own awe of her musical ability. Watching and listening her sing I name as one of my greatest pleasures in life. Her voice always brought tears to my eyes, no matter what the setting. When she sang "Buckets of Rain" at my 20th birthday, I insisted she sing it again. And again. I could never get enough of her voice.

Her death, and her decision to make it so, is a mystery to me.  I'm not angry at her, nor do I feel she is selfish for killing herself, or that she did this as an act of hostility. These are all things I've heard are common emotion when a loved one is a victim of suicide. I think she was desperate, and that makes me feel nothing but sadness.

My other fantasy is that I am a time traveler, and I can go back in my capsule, and fly to Kaeti, and convince her that she needs to live, that she wants to live. Kaeti loved life, nature, and animals with a wide, generous, and tender perspective. Despite our ups and downs, I always loved her, and I believe she loved me, despite my many annoying personality disorders. And she forgives me for being a foolish ass, the way I do her.
written by Whitney Smith at 12:03 AM 19 comments: