easier than running a pottery studio

My mother likes to send me emails reminding me that it's time for me to post when I've been slacking with my blog. 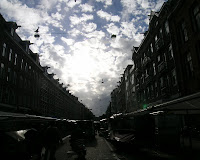 I know I have been increasingly irregular with my posts, and it is not due to waning interest or a lack of commitment, so for those of you who like to read what I write: don't worry, I'm not thinking about giving it up. The irregularity is due to my own internal roadblocks. Lately I feel like unless the topic is GREAT and INSPIRING while also HILARIOUS it's not worth bothering with. It's the perfectionist's curse, and believe me, there is nothing more boring or more tiring than trying to be perfect, especially since some believe I'm already perfect.

I've still been getting back into the swing of things since returning from my trip to Belgium and the Netherlands. We also squeezed Italy in there, which was a mistake, but you never know that going to Italy is a mistake until

you are already there. More on that some other time. Everyone says to me, "Oh my god, you must have so much work to catch up on!" Not really, actually. I had Ruth handling the studio and Lana handling the customer service, they both did their jobs the way I trained them to, and I came back to exactly no pending disasters. In fact, the worst fuck-up that came to light while I was away was one of my own doing, which was shipping two orders to the wrong customers, in fact, to each other. I would love to blame that on someone else. If anything, I've been wandering listlessly around the studio, looking for stuff to do.

While I was away, I was mostly able to let go of thoughts and worries about what was going on back at the studio. Every once in 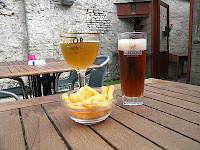 a while a thought would jab me and I'd break out into a sweat and start shaking, but as it turns out, that worry was for nothing. It's amazing how a bit of worry can keep you from enjoying the moment, like the moment of seeing a real Dutch windmill for the first time or drinking the best beer you've ever had for 2 stinkin' euro. But I'm not paying attention to that, I'm thinking about the one overseas order that came in right before I left and did Ruth remember to double-box it?

Which brings me to this conclusion: there is a big difference between "vacationing" and "traveling." I've been on vac 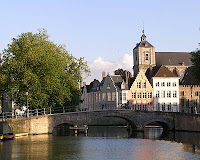 ation before, and when I do, I totally forget what I do for a living, what little issues have been biting me on the ass lately, and all the work-related tasks I assign myself while on vacation (yes, I do that, I don't know why.) Riding your bike around Belgium and the Netherlands, while highly enjoyable, is not a vacation. It's travel. Here is a checklist of items that will tell you when you are traveling as opposed to vacationing: 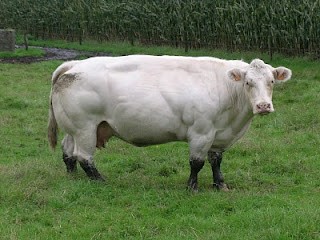 Lest you think I'm whining, let me assure you that part of the reason my husband married me is because I don't whine, or complain, or grouse, when faced with the above situations. I'm totally game for all of it. Because no matter what, when you come right down to it, traveling is so much easier than running a pottery studio.
written by Whitney Smith at 6:31 PM 6 comments: Links to this post