Since I am an artist, I hear the term "starving artist" more than the average person, and it creates a deep fission of annoyance in my heart and mind every time. It's the term itself, and the way people say it.

Sometimes it's said casually, which shows the speaker is not thinking about it, just taking the myth as an understood truth. Sometimes with an edge of derision of self-righteousness, as if the artist in question-- or maybe all artists-- asked for starvation by choosing art and will get what they deserve. Sometimes it's said with earnestness, and this is the worst, because it often comes from other artists who think they must suffer in order to be an artist. Or their current low economic status is correct and will never change.

Also, I deeply dislike what the term implies: that for anyone to choose to be an artist in this world of practical need and hard realities means you will go hungry, not be able to provide for yourself, and suffer deeply. 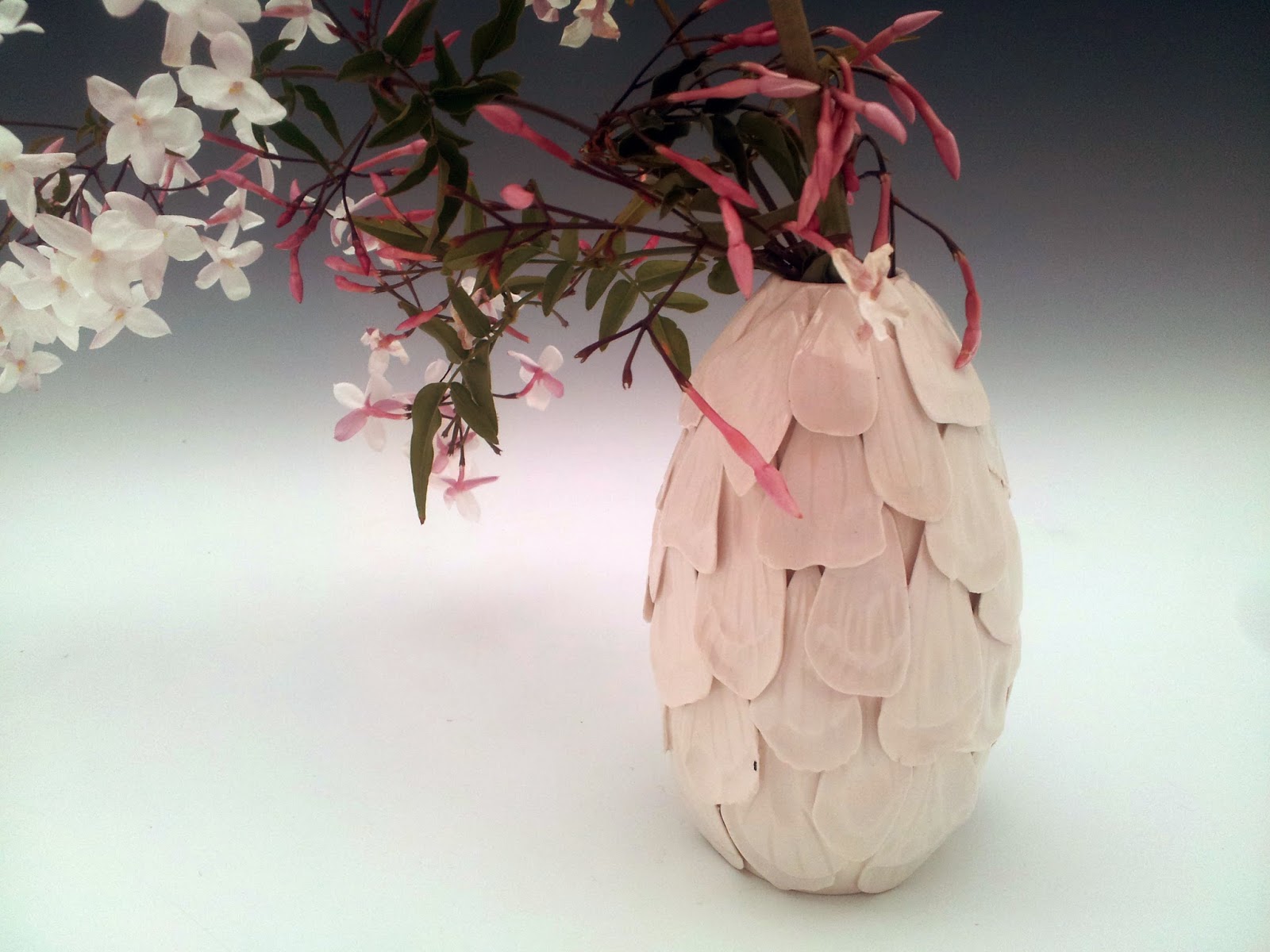 I have a client, a good, longtime one, who discussed with me how his daughter wants to be an artist but he has persistently tried to steer her into a profession where "she can make some money." When I suggested she could make money making her art, he waved me off.  No no, honey, people don't make real money doing what you do, is the message I got from the encounter. Never mind he's handed over hundreds, if not thousands of his dollars to me for my art.

Artists don't starve, they are too creative and smart for starvation. They figure out a way to survive before they starve.

I understand the starving artist myth is a metaphor, and I find it to be an supremely annihilating one. The metaphor implies that creativity is of the lowest value in our culture, unless it directly serves the culture in the form of generating money. Lots of it. And that people who choose to be artists are of similarly low value.

I think the metaphor persists because people understand there's truth in there, but it's backwards-- it's the culture that is actually starving for artists, dying for beauty, gasping for the meaning art brings to us. I believe there is a deep fear of articulating the truth of this because of the long hard look we would have to take at the way we live now, which debases and profits off the destruction of the most beautiful, valuable things we have.

I encounter people all the time who wanted to be an artist, but because of parental and or/cultural pressure, chose to go into a money-making or conventional profession.  And because their true calling has been denied and they are not creating for us, for the world, we all starve. What beautiful works have not been made, what deep truths have not been uncovered, what leaps of evolution have not been made because the people who would have brought that to us were coerced and intimidated into serving another calling?

For those of you thinking right now "real" artists will always yield to their calling, we haven't lost anything, I say bullshit.

I aim this post directly at teachers, parents, and other people who have any kind of authority over young people's lives. I want you to ask yourself how you respond when a young person says they want to be an artist when they grow up. Do you say, "Artists have really hard lives"? Do you say, "I hope you plan to learn something practical too so you have something to fall back on"? Do you say, "How do you plan on making money by being an artist"? Then I want you to recall what you wanted to be when you grew up, and try to feel how it would feel to hear those words when you stated your intention. I think that not many people who read my blog would say any of those things, but maybe you know someone who would, or has. Send this post to them.

I wonder what would happen if people let go of this myth. What if every child who stated they wanted to be an artist was met with "What kind of artist do you want to be?" What kind of new world could we create with that simple response?
written by Whitney Smith at 5:41 AM 18 comments:

I have been a little bit off the radar-- no newsletter the past two months, one blog post, very little on the social media network--but there is a lot of things happening behind the scenes right now.

As I step back into a routine of making pottery-- and I use the word "routine" very loosely here because for every day I manage a whole day at the studio there is probably a week of barely getting in there-- I've been re-imagining and and re-designing a bunch of components that make up my creative life. My creative life is also the engine that powers my livelihood, so it's a lot of work. Everything from redesigning my website, business cards, and the way I process the orders I receive; to deeper work around the way I create, how I approach my work, and what I put into the world.

I recently hired a business/life coach to help me stay on track with all of these different paths, because it gets pretty thick and I don't know what I'm doing.  I just know where I want to be. But I keep running into this question: where is the joy? Right alongside that question is: are we having fun? 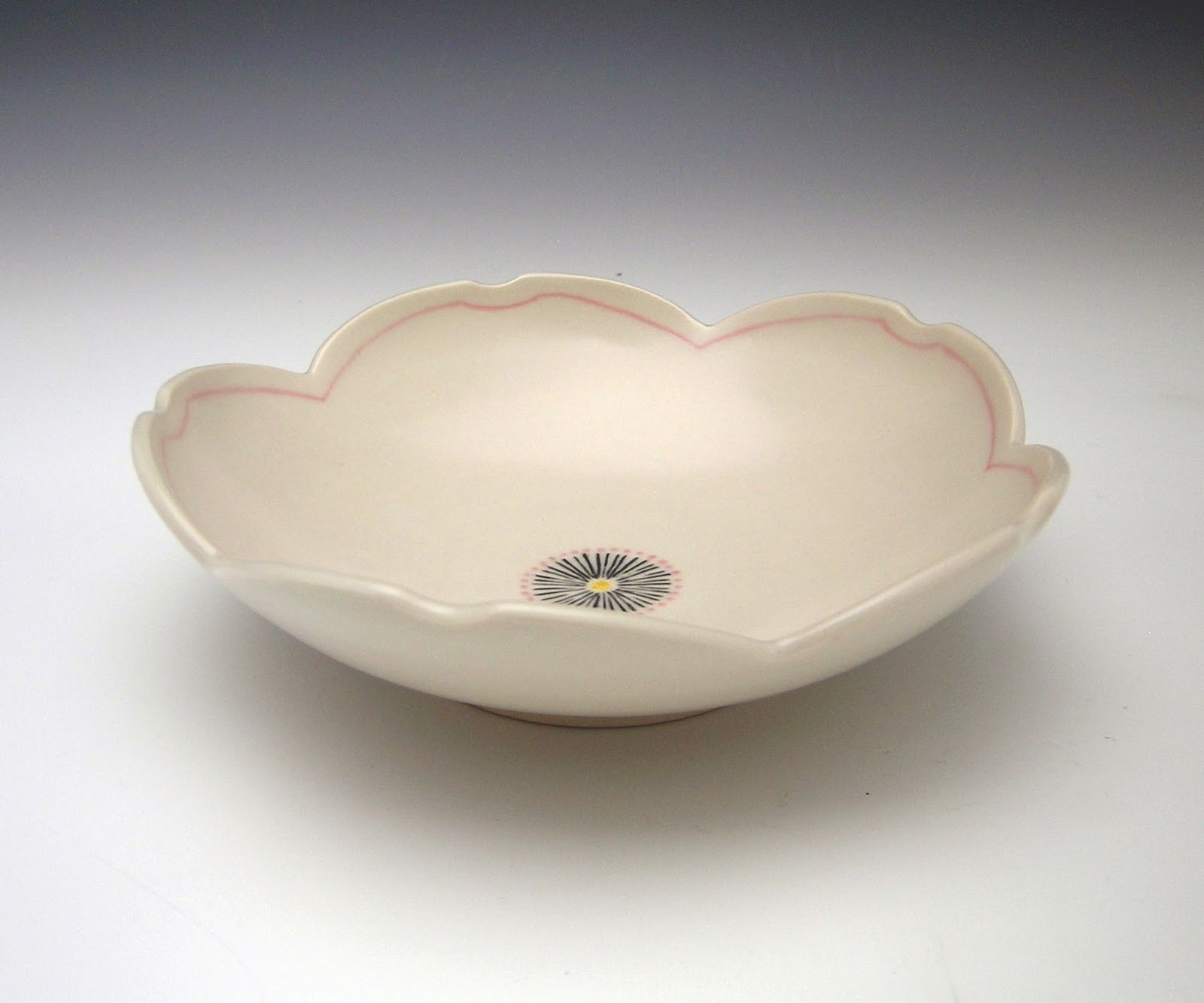 Joy and fun are the reasons why I started making pottery. It was fun, that gave me joy. I never questioned whether or not it was a good idea to turn pottery into a money-making enterprise. When I was in the process of creating my business, I was in my 20's and if someone had asked me that question, I would have thought the question was stupid. Why shouldn't you make money doing the very thing that brings you so much happiness? It would have never occurred to me that there would come a day when making pottery could be as much of a grind as cubicle work (whatever that is) and I would be as worn out and empty as any other person burned out on teaching, lawyering, climbing the corporate ladder, or working any job that requires us to show up day after day.

My coach asked me for my personal signs of burnout, and here they are:

I doubt these signs are unique to me.

What I'm learning about myself is that I take my creativity for granted, I use it up. I'm like a teenager who borrows the parent's car and burns all the gas with no thought, because the assumption is the parents will just re-fill the tank. And they do, until they get totally sick of being taken advantage of.

I've started feeling pretty sad for my inner artist, who gives and gives and gives to the taskmaster-- me-- and is rarely rewarded with the things that will keep her inspired. I'm a hard-ass boss. The more I look at that picture, the more I don't like it. I want to protect my inner artist at all costs, always yielding to that little voice that pipes up, "I think I've had enough for today, let's go have fun somewhere else." Yes, sometimes that voice pipes up at 11 in the morning.

I know a lot of artists and creative types read this blog, so what do you do to keep your inner artist flowing,? Or are you just a taskmaster too?
written by Whitney Smith at 6:14 AM 21 comments: Links to this post