the freedom, the pleasure

I don't think I've mentioned lately that I've been having a nervous breakdown in the studio lately, dying of boredom. This is a perennial problem that I have to deal with, and I think I 'm only just now recognizing 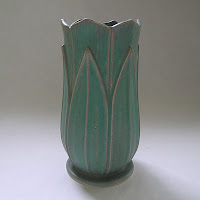 that it is going to continue to be a issue that comes up as long as I'm making pottery for a living. I keep thinking I have the problem beat with various fixes, but I keep falling back into the pit of despair, boredom, frustration. I was listening to a wonderful interview with Sophie Crumb, daughter of the great R. Crumb and Aline Kominsky , as she and her father promoted her new book of drawings. Though both of her parents are famous and professional artists, Sophie shrugged off the idea of having an art career, saying, "Trying to be professional takes you away from the freedom and pleasure of drawing." Boy, that hit me right in the heart as I thought about how my own career in art sometimes takes me away from the freedom and pleasure of making pottery. And I'm not the only one suffering with this problem.

Pulling the problem apart is easy, but the solution is hard. The current problem? Too much production pottery, making the same thing over and over. Now, it's true that I have Ruth helping me, and so I apply very little brain power to the actual production of the endless cupcake stands, bird vases, creamers, etc. that roll out of the studio on a weekly 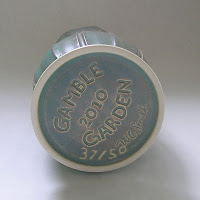 Then there is another looming issue: Ruth is leaving me. Didn't that just sound like she's breaking up with me? That's kind of how it feels. But Ruth is burned out too and needs to move on from being an assistant to doing her own thing. In this strange world we live in I'll probably end up being her assistant some day, but for now I need to find a new assistant... like now. Do I feel like looking for another assistant? Not at all. Ruth is an ideal assistant: easygoing, great at her job, and no habits that consistently get on my nerves. Easy on the eyes too, I don't know why I always end up with the cutest assistants. Even then, I'm finding that having another person in the studio when I'm there to be, well, constraining. Draining.

Part of me just wants to go kamikaze and not hire a new person, but I already know that's a short road to insanity and then making a desperate hire, who I will end up firing. Not an option. I know there is a creative solution out there for me, but my brain has shrunk so much lately from the boredom thing that I can't see it. Any ideas out there?
written by Whitney Smith at 7:22 AM

Email ThisBlogThis!Share to TwitterShare to FacebookShare to Pinterest
Labels: assistants, ready to jump